Skip to content
September 25, 2014 Karna Converse
It’s hard to believe Our Iowa is celebrating its 8th birthday this fall. 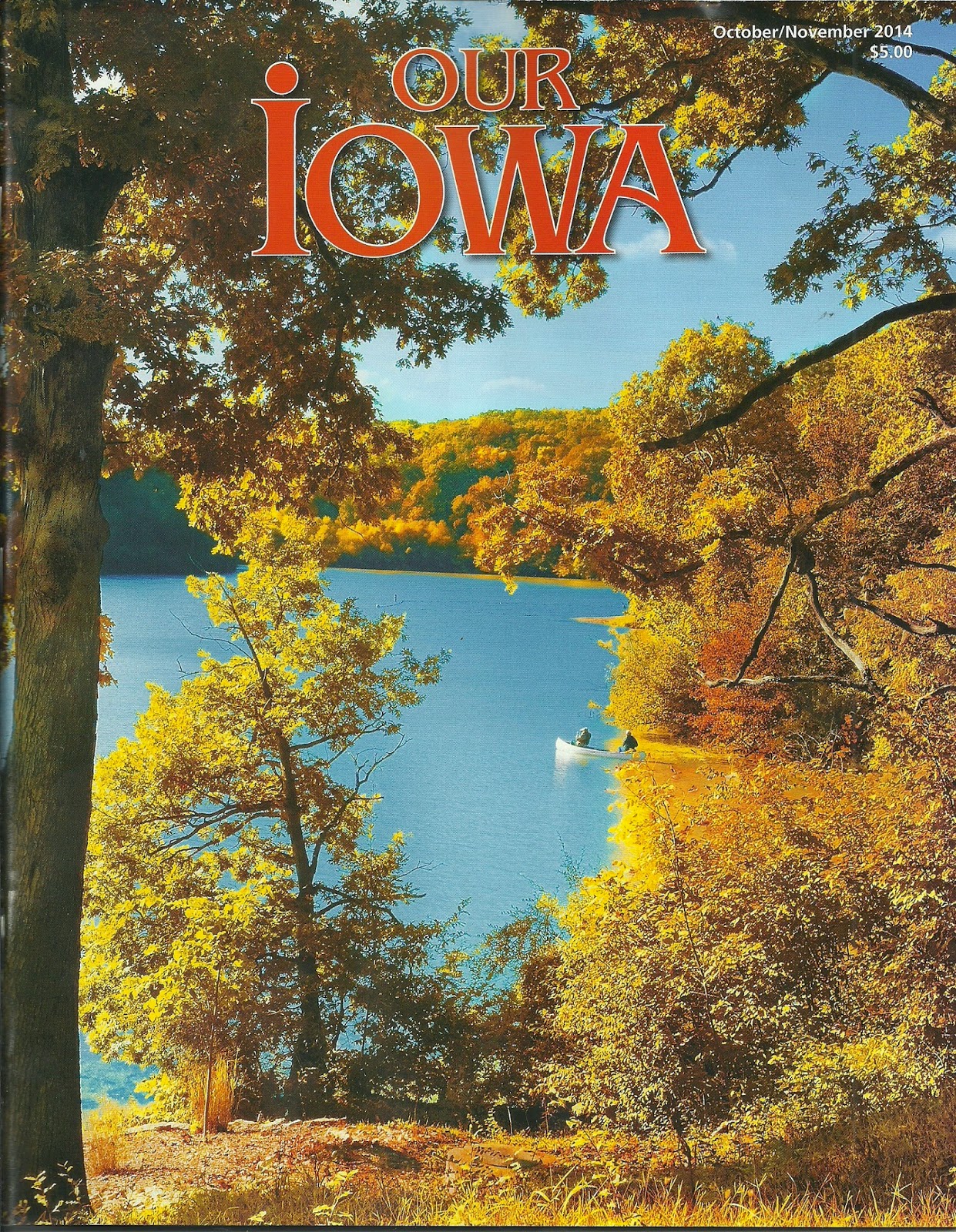 This is noteworthy, Publisher Roy Reiman and Editor Jerry Wiebel write in the October/November 2014 issue, considering that 60% of new magazines don’t make it to their first birthday and only 20% are still around after 5 years. And because, they add, “we started Our Iowa in the fall of 2007—at the start of one of the nastiest recessions in recent memory!”
I still have the letter I received from Roy and Jerry mid-summer, 2007, inviting me to be a Field Editor (aka Hawk-Eye). Their idea—recruit 1 field editor from each of Iowa’s 99 counties to keep them informed of interesting events, people, and happenings—was intriguing. Their mission—celebrate everything that’s great about living in our state in an upbeat, light-hearted and fun manner—commendable.

The letter caught me by surprise, but I knew enough about the quality of past Reiman publications to know this venture had a good shot at success. Like many who grew up in the Midwest in the 1970s and 80s, I thumbed through my mom’s subscriptions to Farm Wife News, Country Woman, and Farm & Ranch Living. And as I began to build my own household, I relied on Taste of Home and Quick Cooking for many of the meals I made from the late 1990s to early 2000s.
In all, Reiman launched 14 national magazines, and all were completely supported by subscriptions. In other words: none of his magazines contained any advertising. When he sold the company in 2004, there were more than 16 million total subscribers, and 80% of the content was written by readers. (Including us!)
In a 2010 blog post and video interview, Samir “Mr. Magazine” Husni wrote “When Roy Reiman talks, I listen.” Husni, founder and director of the Magazine Innovation Center at the University of Mississippi’s Meek School of Journalism and New Media and nationally-respected industry expert, also wrote:

From the humble beginnings of Farm Wife News magazine to the great success of Taste of Home, the largest food magazine in the country, Mr. Reiman knew how to treat his customers as friends and his magazines as letters from friends to friends.

Husni’s comment may speak to the success of the actual empire of publications, but I’ve found it to be just as true as a Field Editor. The position is volunteer, but I’m paid for any feature article I write (and I’ve had pieces in 13 of the 43 issues).  I receive an advance copy of every issue, but it’s the letter that accompanies that advance copy that keeps this Nebraska Cornhusker signed on as a Hawk-Eye.*
The Salutation
Good Morning, Hawk-Eyes!

The Headlines
We couldn’t do it without you!
It was great to meet you at the Hawk-Eye picnic!
Let’s give them a hand.
Welcome aboard!
We want you to be “in the know.”
Wow—Hawk-Eyes had a big impact on this issue!
The Details
Between two and four paragraphs of accolades, requests, and insider information follow each headline.
I can’t think of a better way to build a community of support than to share information and ask for input. Unless it has to do with voice—and these letters are filled with smiles.
You know what I’m talking about. Some letters are so authoritative, they’re rude. Some so sugary-sweet, they’re nauseating. The Our Iowa letter writers aren’t afraid to ask for help, to admit a project didn’t turn out as they’d hoped, or to laugh at a corny joke. I grab a pencil when I see one in my mailbox, because I know I’ll be motivated to respond.
. . . Proud to part of the Our Iowa family and thankful for what I’ve learned about communicating via the written word . . .
*Not a Midwesterner? Iowa’s nickname is the Hawkeye State and the University of Iowa’s mascot is the Hawkeye. The college sports rivalry between Nebraska, the University of Iowa and Iowa State University carries bragging rights that last longer than any one season.